Many very dedicated DGN Band students spent many hours preparing materials for this year's audition process. Thank you is extended to those students for their dedication to music and the arts.  More importantly, we congratulate them for continuing to improve their musical skills.  We are very much looking forward to working with all three of these fine ensembles next year.

Seating audition results have now been posted, and may be found here at your convenience. 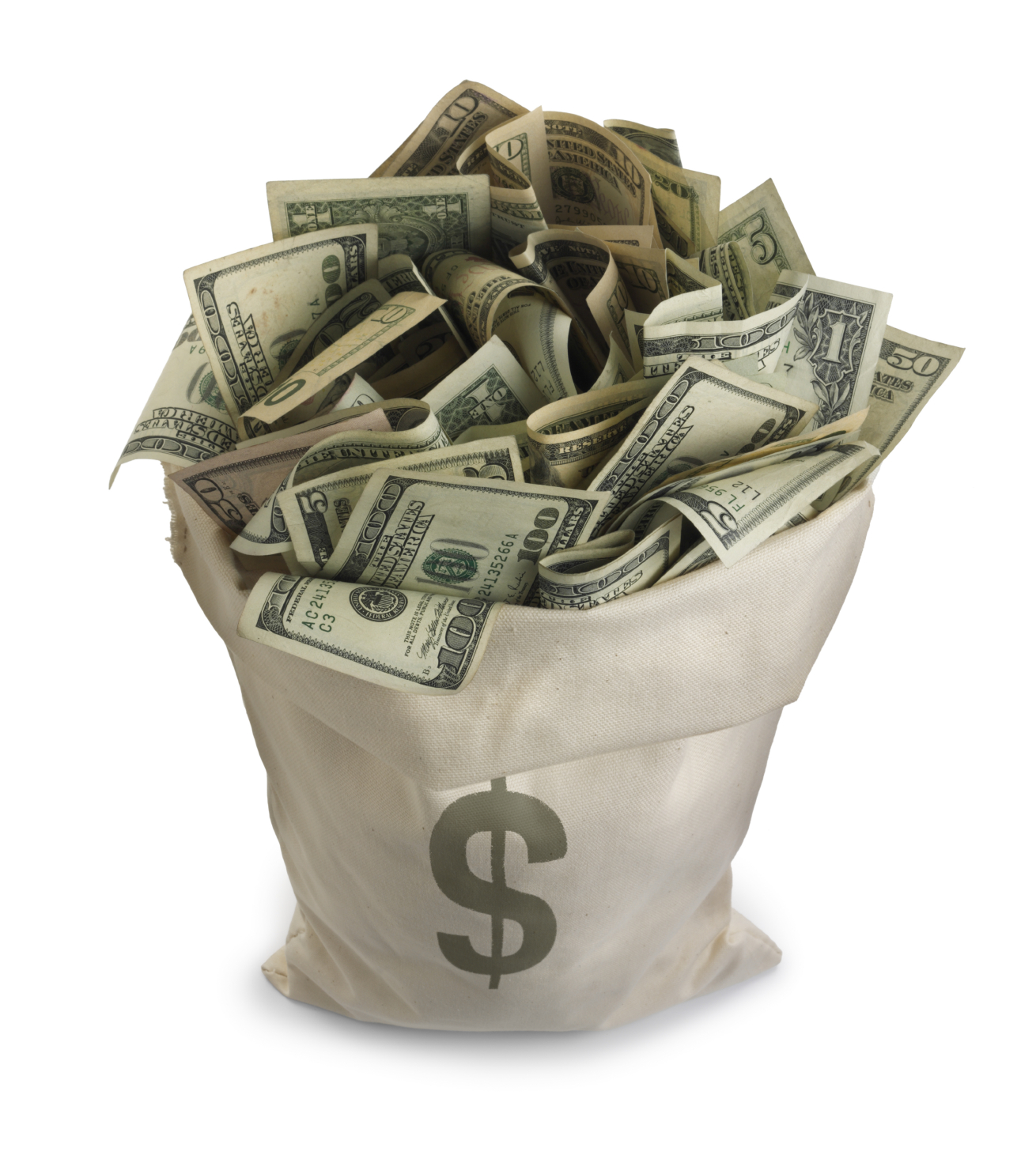 Applications are easy to complete, and available online.  The due-date to complete the application is Friday, April 25th.

You may access the application for this scholarship by clicking here.

We encourage any DGN Freshman, Sophomore or Junior who will be attending a summer music camp to fill out the application so we can work to support your efforts!
Posted by Brayer Teague at 11:16 AM 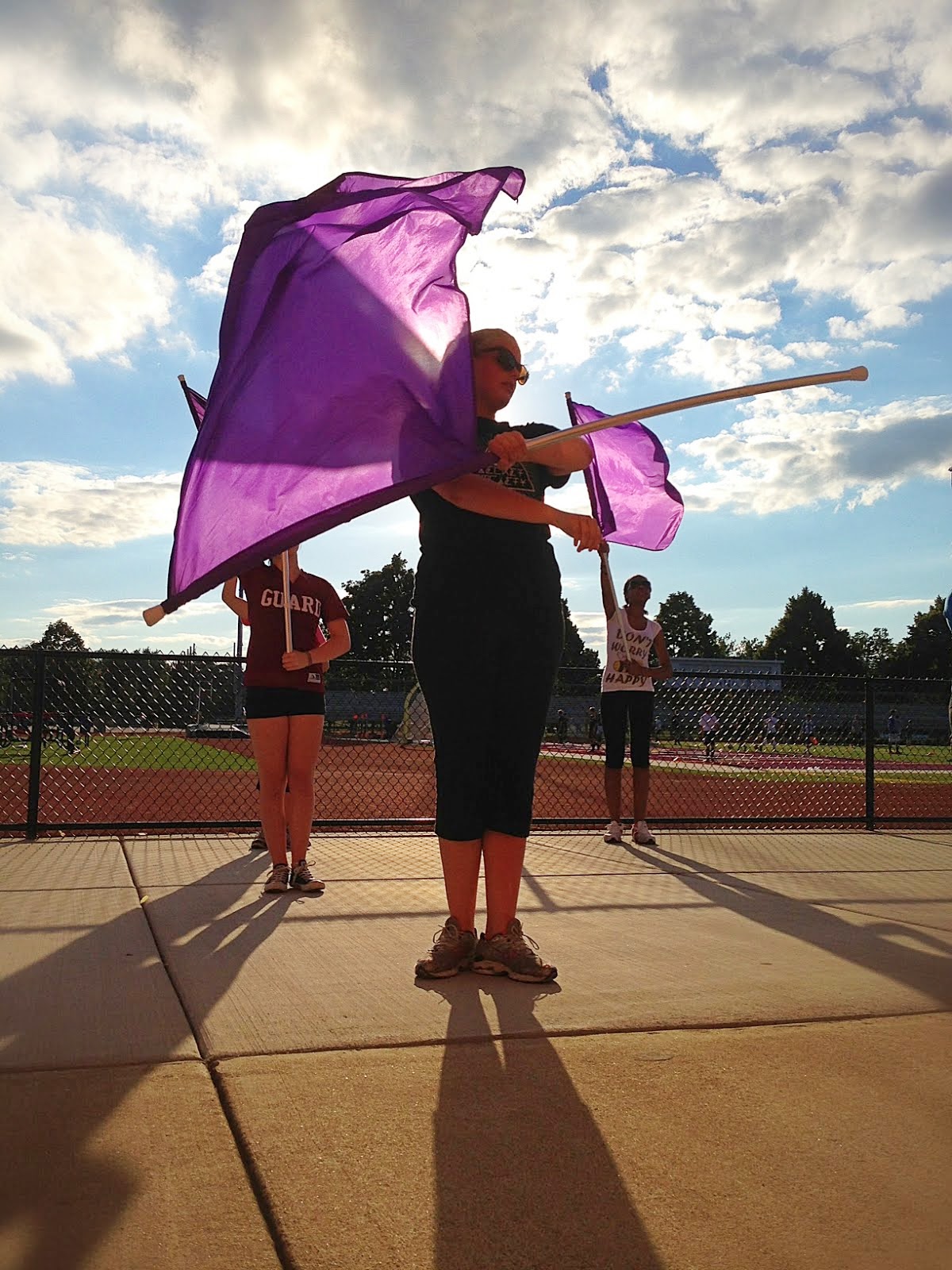 Are you interested in auditioning for the 2014-15 DGN Color Guard?  Here is all you need to know about our upcoming clinic and audition schedule:

Posted by Brayer Teague at 7:42 PM

You don't want to miss DGN's largest banquet of the year, do you?!

It's not too late to join the nearly 500 people that attend our annual DGN Band Awards Banquet! Even if you didn't mail your Band Banquet ticket orders by yesterday's "post mark" deadline, we can still take your orders as long as they are mailed today, or Monday (at the latest please!).

Did you misplace the forms and information?  You can access them here:

Please note these are to be mailed (US Mail) to the PO Box referenced on the order form, and not sent to DGN.  Thank you.
Posted by Brayer Teague at 2:52 PM

We need your band pictures from this year!

Do you have some fun pictures to contribute to this year's Band Banquet Slide Show? Please email them to:

Please give each picture a unique file name so that when the image is uploaded it does not replace a previously uploaded picture with the same file name.  Thank you.

Posted by Brayer Teague at 2:14 PM 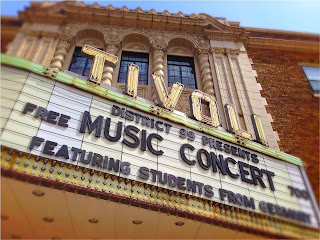 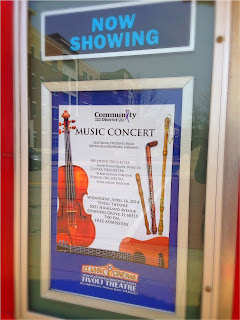 7:00 PM at The Tivoli. Please join us for a wonderful exchange concert!
Posted by Brayer Teague at 3:24 PM

Congratulations to the members of the DGN Jazz Ensemble, Jazz Lab Band, and Percussion Ensemble for a terrific concert last night.  Each group played with musical passion, and great artistic style.
Special thanks are extended to the Recorder Orchestra and Guitar Orchestra from the Bietigheim-Bissingen Musikschule for their Prelude performances! 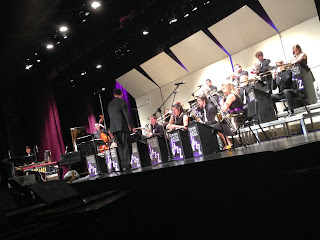 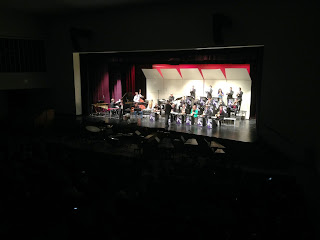 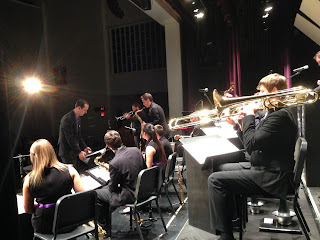 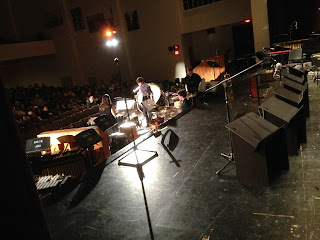 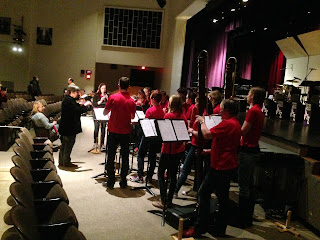 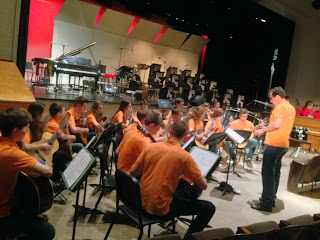 Posted by Brayer Teague at 6:17 AM 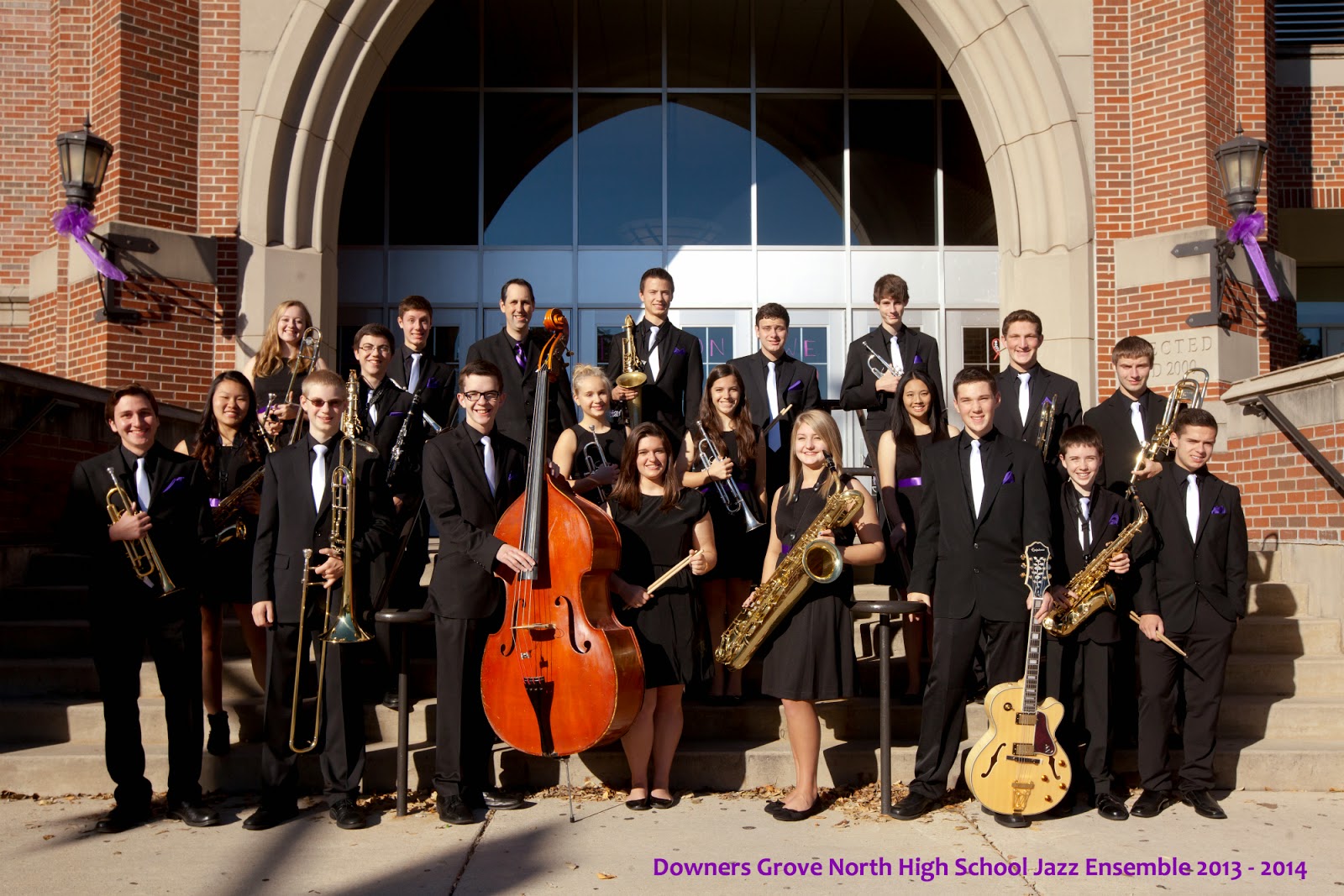 Do you have family or friends out-of-town who would like to "tune in" for the concert?  The concert will be streamed live on The Cube here.

Posted by Brayer Teague at 9:41 PM

DGN is pleased to welcome Mr. Kirk Garrison to campus for a two-day residency where he is working with students of the DGN jazz band and concert band programs.  Today Mr. Garrison worked with Concert Band, Symphonic Band, and Wind Ensemble, as well as rehearsals with the Jazz Lab Band and Jazz Ensemble.
Mr. Garrison will headline the "Sharing is Caring" April Jazz Concert, Tuesday evening (7:00 PM) in the Clarence Johnson Auditorium at North High.

A veteran of the Chicago jazz scene, trumpeter Kirk Garrison attended Mankato State University in his home state of Minnesota before honing his skills in the United States Air Force Band. After leaving the Air Force in 1992, he completed his Master's degree in Jazz Studies at DePaul University where he is now a member of the jazz faculty. Garrison's recent performance credits include the International Music Festival in Hue, Vietnam with Kimotion, the Ravinia Music Festival with Dave Brubeck, the North Shore Jazz Festival with Joey DeFrancesco. Kirk was recently commissioned to write arrangements for internationally renowned jazz saxophonist Phil Woods with big band and an arrangement of 'Nature Boy' for orchestra and choir which will premiere in January of 2010. He has been on several tours of Europe and the United States with the Lt. Dan Band featuring actor Gary Sinise.

Kirk has also appeared with such jazz stalwarts as Louie Bellson, Kenny Burrell, Ron Carter, Kurt Elling, and Herbie Hancock. In addition, Kirk Garrison is in high demand as a writer and arranger. In this capacity, he has received commissions from DePaul University, Rob Parton's Jazz Tech Big Band, the Chicago String Ensemble, and the Millar Brass Ensemble at Northwestern University.

Howard Reich, jazz critic for the Chicago Tribune wrote, "The spectacular trumpet solo that Kirk Garrison offered... reminded listeners why the Jazz Members Big Band stands among the best repertory units in the country." Cadence Magazine's jazz critic Jack Bowers wrote "Kirk Garrison's marvelous trumpet work ... so moving it brought tears to my eyes." His trumpet artistry was described as "cool work" by John Von Rhein, music critic of the Chicago Tribune. John Killoch of Mainly Big Bands (UK) wrote in a review, "This guy nails the section with a big, accurate lead sound and when he flexes his chops ... the sound is again right down the middle, in tune, big and so high. Musical is a good way to put it. An object lesson to anyone who aspires to be a top lead trumpeter." 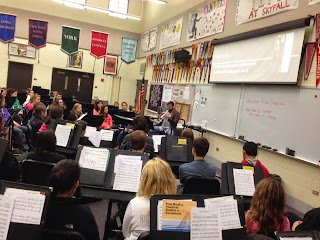 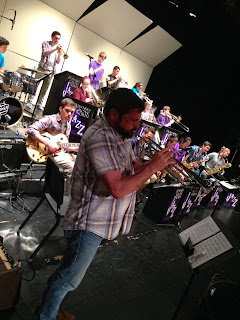 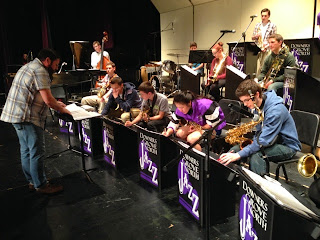 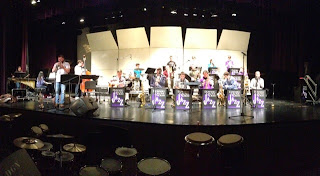 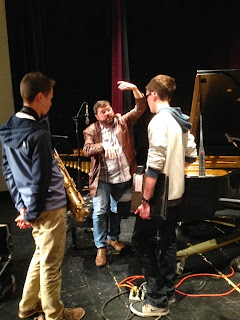 Posted by Brayer Teague at 9:19 PM

Many thanks are extended to each and every student who expressed interest and auditioned to serve as Section Captains and Drum Majors of the Trojan Marching Band.  We appreciate your dedication and commitment to the band, and all of the effort students dedicated to the audition process!

Click here, for the roster. (Guard leadership will be determined by May 1, following the next round of auditions.)

Posted by Brayer Teague at 8:38 AM 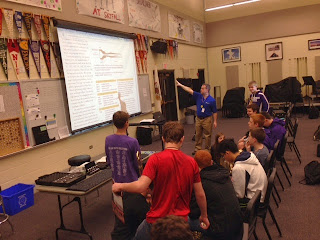 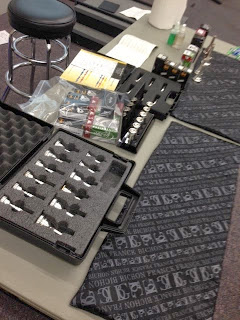 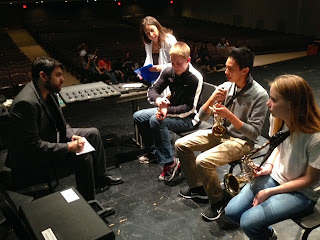 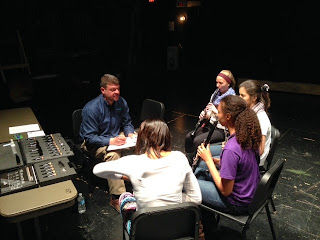 Posted by Brayer Teague at 9:45 AM

Are you going to a music camp this summer?

Applications are easy to complete, and available online.  The due-date to complete the application is Friday, April 25th.

You may access the application for this scholarship by clicking here.

We encourage any DGN Freshman, Sophomore or Junior who will be attending a summer music camp to fill out the application so we can work to support your efforts! 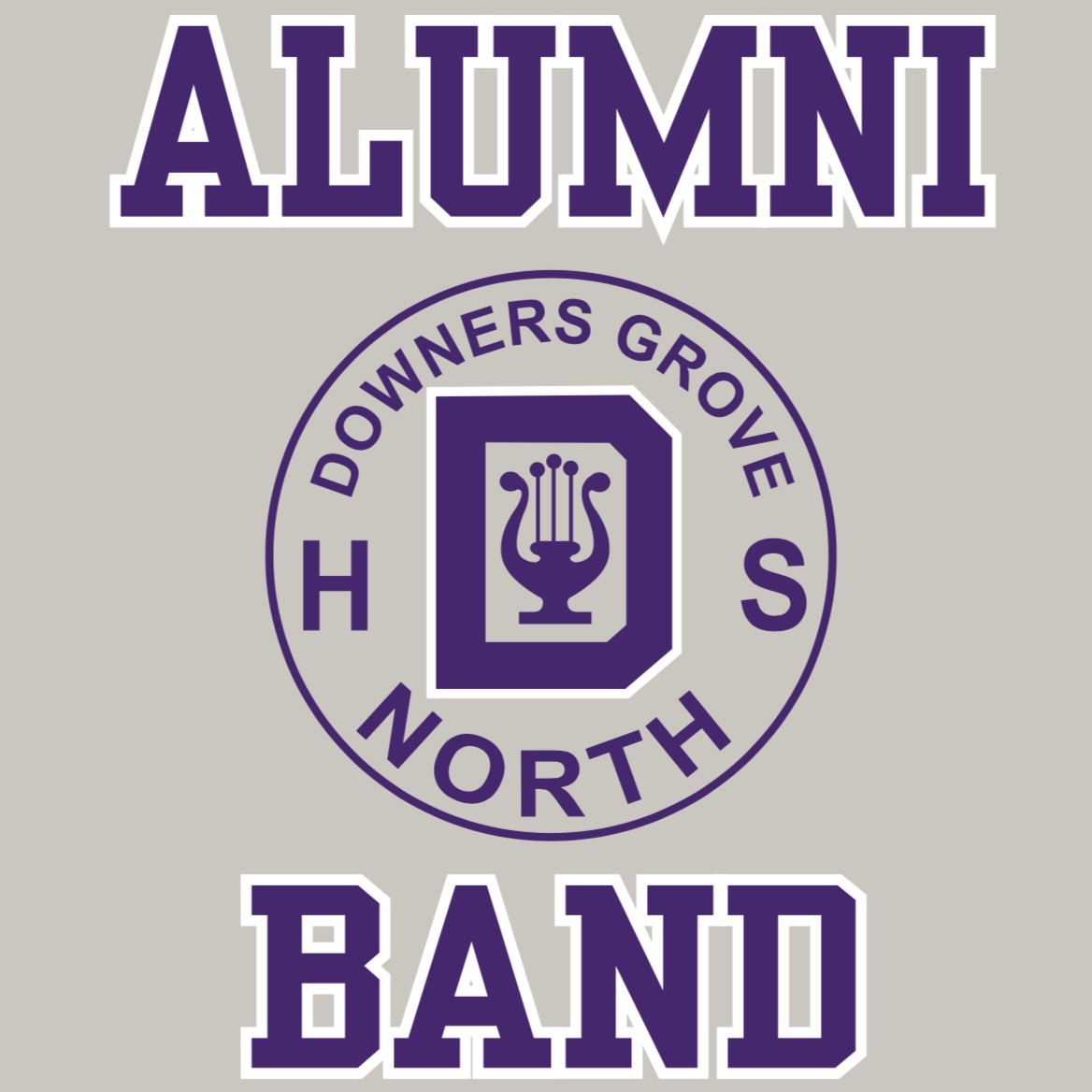